France’s array of superstars came out to shine as Antoine Griezmann, Paul Pogba and Kylian Mbappe fired them to World Cup glory with an emphatic 4-2 win over Croatia

Following a tournament packed with thrills and drama, the final at Moscow’s Luzhniki Stadium lived up to what preceded it from the moment Les Bleus hit the front through an 18th-minute own goal by Mario Mandzukic – a cruel role reversal for Croatia’s extra-time hero in the semi-final win over England.

Ante Dalic’s side had started the stronger and levelled through a fine Ivan Perisic strike before the Inter player was harshly adjudged to have handled in the box, as VAR made its first impact upon a World Cup final.

Griezmann converted his fourth of the tournament from 12 yards before Croatia pursued their opponents furiously once more at the start of the second half.

A pitch invasion from punk protest group Pussy Riot in the 52nd minute seemed a fitting precursor to the anarchy that followed, with Pogba and Mbappe arrowing in majestic strikes from outside the box.

An absent-minded error from France goalkeeper Hugo Lloris allowed Mandzukic to put his name on the other side of the scoreboard, but Didier Deschamps was not to be denied his piece of history as the third man to win the World Cup as both a player and a coach. Deschamps was captain of the Les Bleus’ side that previously lifted the trophy back in 1998. 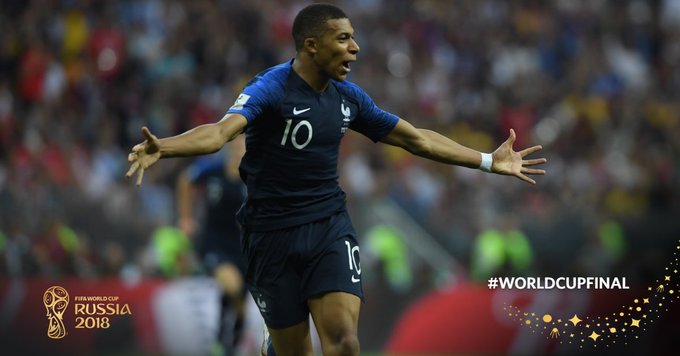 Video: wow! Asamoah Gyan shows love on the streets of

Video: Prez. Nana Addo must allow Churches on Wednesday for intensive prayers with our congregation to fight Covid-19 – Jesus Soldier